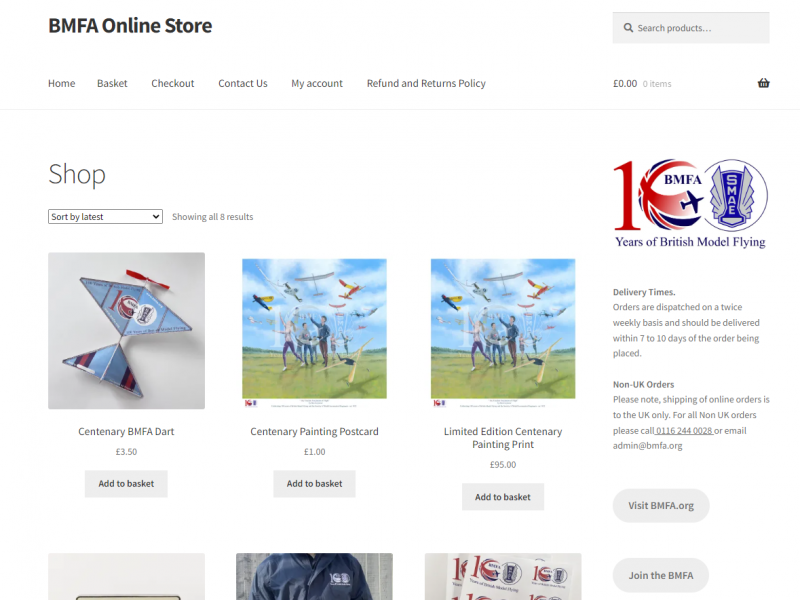 The BMFA represents the interests of model aircraft and drone flyers at the highest levels of the UK and Europe and is respected as the largest airsports association in the UK.

A near 100 year history of safe and responsible operation means the BMFA is uniquely respected at the highest levels of government in the UK and Europe and has regular consultations with the Civil Aviation Authority (CAA), Department for Transport (DfT),  National Air Traffic Services (NATS) and OFCOM in the UK as well as leading the way representing those interests in Europe to the European Union Aviation Safety Agency (EASA).

The BMFA CEO is the President of the European Model Flying Union as well as the technical representative for model aircraft flying to Europe Air Sports.

The BMFA’s Role in EU regulations since 2003

Graham made sure the interests of the model flying community were represented to EU regulators very effectively during this time, but the pace of change was relatively slow.

March 2015 Graham Lynn stood down as Technical Officer to Europe Air Sports and Dave Phipps took on the role.

With the rapid emergence of ‘drones’, it became apparent that they would fall under regulations in a way which model aircraft had previously escaped but in doing so the regulations may also capture model aircraft.

The overarching EU regulation for Aviation (The Basic Regulation) was therefore subject to review and update.  Europe Air Sports fought very hard (including using professional lobbyists within the EU political system) to ensure that model aircraft were treated differently.

Whilst unsuccessful in getting model aircraft excluded, Europe Air Sports was successful in gaining recognition for model flying as an activity and a commitment to ensure that it should be allowed to continue as it was.  The eventual wording in the Basic Regulation was:

Model aircraft are considered to be unmanned aircraft for the purposes of this Regulation and are used primarily for leisure activities. Delegated and implementing acts concerning unmanned aircraft, adopted on the basis of this Regulation, should take into account that such model aircraft have so far had a good safety record, especially those operated by members of model aircraft associations or clubs which have developed specific codes of conduct for such activities. In addition, when adopting those delegated and implementing acts, the Commission should take account of the need for a seamless transition from the different national systems to the new Union regulatory framework so that model aircraft can continue to operate as they do today, as well as take into account existing best practices in the Member States.

This recognition for model flying underpinned all of our subsequent negotiations with regulators in both the EU and UK.

August 2015 EASA’s regulatory process began in August 2015 with the Publication of  A-NPA (Advance notice of Proposed Amendment) 2015/10 – “Introduction of a regulatory framework for the operation of drones”.  Dave Phipps met with Europe Air Sport colleagues in Cologne to formulate a response.

December 2015 EASA published its Technical Opinion “Introduction of a regulatory framework for the operation of drones” with a statement that ‘the intention is to develop rules that will not affect model aircraft flying’.

February 2016 The UK Government & CAA started to consider the introduction of the developing EASA rules and the UK Associations met with the DfT to raise their concerns and state their positions.

April 2016 Dave Phipps raised concern about the threat to model flying with EASA at the Europe Air Sports Conference and was added to the EASA stakeholders list and offered a direct meeting with the EASA rulemaking team.

June 2016 Dave Phipps (along with representatives from the FAI) met with EASA rulemaking team in Cologne to explain their concerns and argue for clear derogation for model flying.  Dave subsequently worked with them on an article to provide concessions to safeguard the model flying community.

August 2016 EASA published its ‘Prototype Rules’ for ‘Unmanned Aircraft Operations‘.  The Prototype Rules seriously diluted the safeguards that had been negotiated previously.

Dave Phipps published an explanation of the Prototype Rules explaining his concerns for the model flying community and encouraging them to respond to the Prototype Rules.  This call to action was shared widely around Europe and the big response came as a surprise to EASA.

September 2016 Dave Phipps attended a further meeting with the EASA rulemaking team in Cologne to directly address the concerns of the model flying community.  EASA subsequently agreed to a thorough review of the Prototype Rules and formed an ‘Expert Group’ to work with them which included Dave Phipps on behalf of Europe Air Sports and Bruno Delor on behalf of CIAM/FAI.

Model Flying representatives from the German, Swiss and Austrian Aero Clubs contacted Dave suggesting that they come together to formalise support for the representation he was providing for them.

October 2016 A meeting of European model flying associations took place at the Model Expo in Friedrichshafen and it was agreed to work together to provide a united voice for the model flying community.

November 2016 The first meeting of the EASA Expert Group took place and these continued every 2/3 weeks at EASA HQ in Cologne concluding in July 2017.  Dave Phipps attended every single meeting.

2017 A further meeting of the European model flying associations took place in Vienna during February where work to formalise the European Model Flying Union commenced.

The first formal meeting of the EMFU took place in Wesel, Germany during March with Dave being elected as President.

Dave arranged a workshop for EMFU members with the EASA rulemaking team in Cologne, to discuss the proposed regulations.

It became apparent that the UK Government & CAA would be looking to implement elements of the EU regulations in advance of them coming into effect (with some proposals not being aligned with our understanding of the intent of the EU regulations).  The first major meeting with the DfT and CAA took place to discuss what was in the pipeline.  Dave engaged the services of Cliff Whittaker and Roger Hopkinson MBE to provide specialist advice and guidance to the BMFA and the UK associations.

Dave Phipps attended a 3 day workshop with EASA to look at ‘Standard Scenarios’ and provided input on the EASA Guidance Material being prepared to support the new regulations.

The ANO was amended in May 2018 to put in place some of the building blocks likely to appear in the EU regulations, including a height limit of 400ft and Flight Restriction Zones around airports.  An exemption to the 400ft height limit was agreed with the DfT/CAA and the BMFA submitted the safety case (and paid the fee) on behalf of the UK Associations.  The BMFA also agreed an exemption from the FRZ requirements for control line flyers.

Additional requirements for operator registration and competency of remote pilots were also introduced, to come into effect in November 2019.

2019 The EU regulations were finalised, but implementation delayed until 31st December (after which they would come into effect 12 months later).

Dave continued to liaise with EASA on their Guidance Material which was published in September.

Dave wrote a joint letter with Grant Shapps MP to the then Aviation Minister – Baroness Sugg to complain about the impact of the new regulations and lack of consultation on the UK’s regulatory changes.  Questions were also asked in Parliament.

In April, Dave published a ‘call to action’ in response to the CAA publishing CAP1775 which closed the door on our ongoing negotiations and was set to impose a fee of £16.50 for Operator registration.

The response from members was excellent, with the CAA having to employ someone specifically to deal with correspondence from model flyers.

The BMFA were invited to a meeting with the new Aviation Minister (Baroness Vere) in June, which Dave attended along with BMFA Special Adviser Roger Hopkinson MBE and Rob Buckley from the LMA.  The meeting did not go well and the Minister was not receptive to any of our arguments.

High level meetings with the CAA continued and Dave addressed the Parliamentary Select Committee for Science and Technology in July.

With a shake up in Government, Grant Shapps was appointed as Secretary of State for Transport.  Representations were made to directly to Grant and also via the All Party Parliamentary Group for General Aviation.

Grant Shapps summoned Dave (on behalf of UK Model flyers) and Graham Brown (on behalf of commercial drone operators) to a meeting in September with senior representatives of the CAA and DfT.  He instructed the DfT and CAA to go away and return with a proposal which addressed the model flyers concerns and which reduced the cost of operator registration to less than £10.  They were told not to return unless the proposal met with approval of both Dave and Graham.

The result was that operator registration fees were reduced from £16.50 to £9 for everyone, the associations could register their members as operators and association achievements would be accepted as evidence of competency.  The CAA and DfT were also instructed to ‘reset’ their relationship with the model flying community and work together in a more positive way for the future.

Through 2020, the UK Associations and the BMFA’s special advisers worked together to prepare an application for an Article 16 Authorisation, to be effective immediately when the new regulations were due to come into effect on the 31st December.  The application was formally submitted by the BMFA in September 2020.

The UK associations collectively received an Article 16 Authorisation from the CAA in December which came into effect at 11am on the 31st December 2020 (12 hours before the UK’s departure from the EU at the end of the BREXIT transition period).  We remain the only nation in Europe to have issued Article 16 Authorisations to model flying associations and our work is currently being used to guide colleagues and regulators around Europe with their own negotiations.